A Shadow of a Doubt 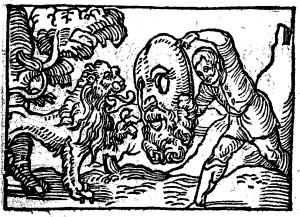 Somehow I snuck my way into a graduate program halfway through the school year and nobody’s noticed yet that I don’t actually belong here. I’ve been told over and over again that what I’m feeling is normal and it’s called “Impostor Syndrome.” I don’t like the sound of that. I’d prefer to think of myself as a Secret Study Agent, ducking under laser beams and using suction cups on my feet to gain entry into classrooms. A collegiate Catwoman.

Cue the theme to Mission Impossible

Her name is Julie Kaiser. She’s five-foot-four of academic guile. Some say she can change her appearance at will (while others say it’s just L’Oreal #7). Her ingenuity gives her access to top-secret locations inside Malpass Library and Simpkins Hall. She moves through crowds of grad students, blending in and gaining their trust. No one would ever suspect that she, a seemingly normal 20-something woman, is in fact… a Secret Study Agent.

Okay. It’s not the coolest of daydreams, nor is it the most accurate. I do actually have an acceptance letter and the assurance of about two people that I am a fully registered student. Why, then, do I still have this dark shadow of “The Impostor” looming over me?

He follows me wherever I go, whispering in my ear. I’ll be doing just fine sitting in class when all of a sudden I hear, “You don’t actually know what Michel Foucault said in Death and the Labyrinth. Stop nodding your head” or “Hey! You know what book you should bring up in class? Fifty Shades of Grey. That’s TOTALLY academic.”

I’ve gotten to a point where I’ve started Googling “Impostor Syndrome” just to see if there’s a bounty out for him. (There’s not, in case you were wondering.) The only take-away I have from this hunt for information is that I’m not alone, with having found ten pages of O’s in “Goooooooooogle” and 214,000 unique hits. So many people in the world feel the effects of The Impostor in their lives, and for some it just never goes away.

The issue I ¾ and thousands of others ¾ feel is that we consider ourselves inadequate. We look at our situation and think, “My god, I’m just making this up as I go and people actually believe me.” I can’t tell you how many times I’ve said something in class or wrote a line in a paper that was met with approval and my instinct was to say “Seriously? I lucked out again?” And while this instant shock is starting to fade as I grow more confident in the fact that I might actually know what I’m doing, it does pop back up with a vengeance from time to time.

How in the world are we supposed to survive years of this gnawing sense of inadequacy without succumbing to it? At what point does The Impostor win? Most importantly, how does he win? I imagine he sneaks up on you when you’re writing a paper and tells you there’s no point. Don’t bother trying. It won’t matter what you do, because it will never be good enough. And those who are willing to believe the lie give up. They have given themselves to The Impostor.

For now I’ve been keeping him at bay by reminding myself that I’m not alone. Even as an undergrad, I never felt like I was a part of my department, yet here at Western I’m finding a close-knit family of students and faculty all working towards the same goal. The support of those around me, whether or not they realize how supportive they’ve been, has been the difference between facing this challenge head-on or turning tail.

Never in my life did I think I would meet professors who would aid me in an academic pursuit of comic books and video games. I was sure I wouldn’t make a single friend who would encourage my geeky need to become a human thesaurus. Every moment I spend reflecting on how absolutely incredible my next couple of years here will be, The Impostor shrinks just a little more.

I won’t let him win. Even if at times I feel like I’m floundering, that’s the purpose of education. It isn’t supposed to be easy. I should be challenging myself whenever and wherever I can. I know that one day, all my effort will pay off. I also know that I am meant to be here because I am willing to face the challenges ahead of me. If I were an imposter – if I were a fraud, a sham, a charlatan – then frankly, I wouldn’t have gotten as far as I have. And it’s my determination to keep doing what I’m doing which gives me comfort during long nights of heavy reading and slapdash essays.

← Music First…Safety Last
The English Minor: How It Has Enhanced My Experience as a Liberal Arts and Sciences Major →