As an English major, and a college student, I read a lot. As my time here at Western Illinois University is ending, I have been reflecting on a few books that I have read that have challenged and influenced me as a reader, writer, and person. Each of these books have pushed me to think deeper and more critically about the world, society, and culture.

While reading each book it had me thinking of my own perception on the topics being discussed. These books want their readers to be aware of what is, could, or has happened in our world. So many things go unnoticed. As an individual, we do not personally experience everything that can be experienced, which can leave us unaware of the truth and reality of some major issues going on in our country, our hometown, and even right in front of us. These books allow readers to gain that experience through their  narratives. The narratives bring up important social issues and underlying deeper meanings that are applicable to any reader, regardless of their personal awareness to the set issues. Each book tells its own story and can be eye opening. These are some books that have challenged and influenced me, and I hope they can do the same for others.

The Handmaid’s Tale – The Handmaid’s Tale is written by Margaret Atwood. This novel was published in 1985 and tells the story of the handmaid, Offred, and her journey as a handmaid with her new master, Fred. This book delves into a patriarchal society dominated by misogyny , and the women are secluded from the outside world. This tale tells the story from Offred’s point of view and from the perspective of a handmaid. These handmaids are  women who are looking to gain their own identity and autonomy after having had it all stripped from them.

Zahra’s Paradise – Zahra’s Paradise is written by author and artist Amir Soltani and Khalil. This is a graphic/ web comic that takes a stance on  the political aspects of Iran. It’s set after the Iranian elections in 2009, going into the story of a mother on her search for her son, Mehdi. This mother’s son is one of the many young men that have mysteriously disappeared, and the characters are under the belief that the government’s secret police played a huge role in his disappearance.

Behold the Dreamers – Behold the Dreamers is author Imbolo Mbue’s debut novel. This novel tells the story of an immigrant, Jende Jonga, and his family from Cameroon. It shows their journey and real-life struggles living in New York. This story took place during the financial crisis in 2008 and shows the reality of an immigrant’s struggle for work, societal acceptance, and the meaning of the American dream for the American immigrant.

A Fierce and Subtle Poison – A Fierce and Subtle Poison is written by Young Adult author Samantha Mabry. This book brings in genres of fantasy, magical realism, and mystery as it explores the story of a cursed girl, who is a famous legend of the many legends, in Puerto Rico. Lucas Knight is a young boy that spends his summers with his entrepreneur father, and he finds himself quickly intrigued by the legend of the cursed girl as mysterious letters begin to appear in his hotel room. These letters  ironically begin to appear the same day that Lucas’s new girlfriend winds up missing. 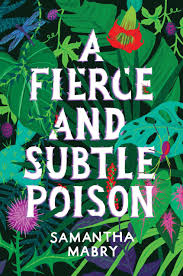 Hamlet – Hamlet is written by the notorious William Shakespeare. This tragedy brings up many themes in psychoanalysis, and it challenges the reader in Hamlet’s quest for revenge. This tragedy is based on the killing of Hamlet senior, which leads the young  prince of Denmark’s vengeful outcry to force the murderer, his uncle, to take responsibility for his selfish act. 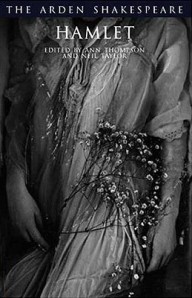 These books have all challenged me to think deeper as I read and have encouraged my own acceptance of the world, society, and different cultures that are around me. They are interesting/remarkable reads and I hope that other readers will consider checking one or more of these works out!

← Proust Questionnaire: Ellen Poulter
The Writing Center: My Experience As a “Newbie” →